Under the watchful eye of referee David Sainsbury and keen observer Jill Thornhill the match began over the beautifully conditioned New Course. The warm October sunshine was most welcome and the heath looked stunning in the sunlight, no better place for a final.

Both Teams played solid golf over the early holes, especially the ladies, who drove the ball very well. Lindsey & Ed (Burhill) received two shots in the match and after 12 holes that was the difference, as they held a 2up lead. Unfortunately, mistakes on 13 and 14 from the Burhill duo invited their opponents back into the match and Paul & Suzy (RAC) were more than ready to take that invitation. Match all square with 4 to play! The 15th was halved with both teams hitting great putts; either could have won the hole. However, on the long 16th, a poor pitch from Ed allowed Paul & Suzy nip in and win the hole. Now 1up with two to play the momentum was definitely with Paul & Suzy. Ed’s drive at the 17th just missed the fairway and rolled into the Semi rough. Lindsey hit a solid second but just missed the green to the right under the grassy bank.  Suzy hit a super drive right down the middle of the fairway and Paul followed it with an equally good second to 15ft. A birdie putt to win the match, but Suzy didn’t quite give it enough borrow and it rolled low by a couple of feet. Not conceded. Alas after two chips, Ed holed a brave putt from 8ft for a five and a slim chance of taking the match to the final hole. It was not be as Paul confidently holed his putt to seal the win (2&1) and a terrific comeback.

Well done to both pairs for reaching the final and playing a great match in good spirit. Our thanks to Walton Heath for hosting the final, to David Sainsbury our referee and to Jill Thornhill for presenting the trophy, medals and prizes to both winners and runners up. But most of all congratulations to Paul & Suzy Earland (Royal Automobile Club) Thornhill Trophy Champions! 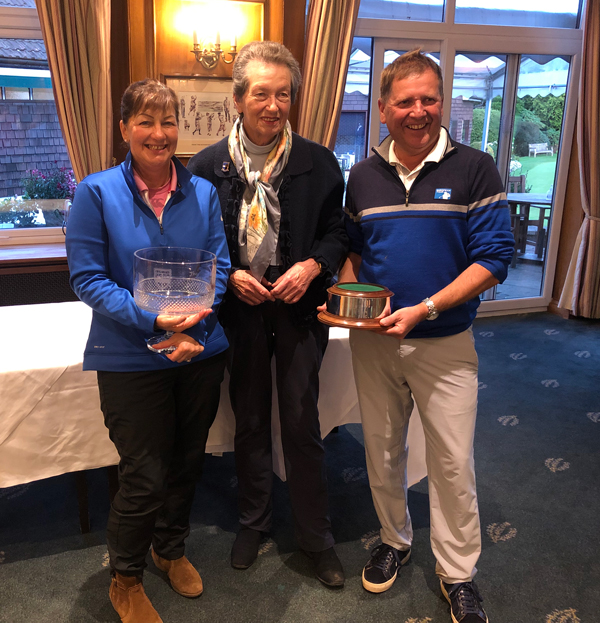 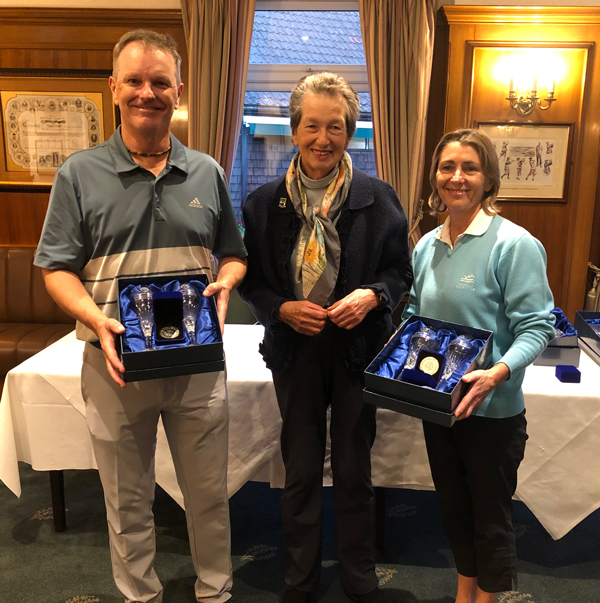 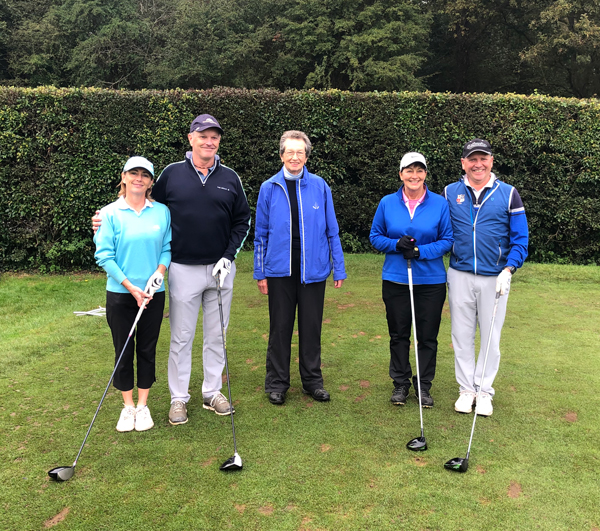